Home > Research > 2020 May Be the Year for a Slack-quisition

2020 May Be the Year for a Slack-quisition

Slack’s stock value has plummeted 40% since its public debut in April 2019. Slack’s slowing revenue growth coupled with intense competition in the collaboration space may find this budding upstart the target of an acquisition by year-end.

Slack took an unconventional route to the public markets in April 2019 by way of a direct public offering (DPO), and there was a tremendous amount of enthusiasm for the stock and the product. Slack was listed under the symbol WORK and debuted with a market capitalization of over $20 billion. Things have been downhill ever since, with the stock currently clocking in with a $12 billion market cap, and, of course, profits are nowhere on the horizon.

A market cap of $12 billion means that Slack is currently more substantial than some very established and profitable companies such as Take-Two Interactive, Skyworks, and American Airlines and double the size of some tech growth favorites such as MongoDB, Zscaler, and Alteryx – all recognized as best-in-class products in their respective categories. Suffice it to say, without getting into the various financial valuation metrics, that Slack is vastly overvalued, even with the recent 40% stock decline.

A Declining Growth Story… Much Too Soon

In Slack’s most recent Q3 FY20 earnings release, the company marked a net loss of $95 million and a negative free cash flow of $19.1 million. Revenue expectations for Q4 FY20 call for a growth rate of between 41% and 43%, with their net losses dropping to around $36 million. This sounds like a promising path towards profitability until one examines the growth rates in the preceding quarters. Revenue growth has taken a nosedive from a high watermark in Q1 FY19 of 89%, dropping to 67% in Q1 FY20, continuing to fall in Q3 FY20 to 60%. So another quarter-over-quarter drop of over 10% in revenue growth for a nascent company with somewhere around $600 million in total annual revenues should be alarming for investors and IT consumers alike!

Yes, the statistics around end-user engagement are impressive, and Slack’s customers love the product. 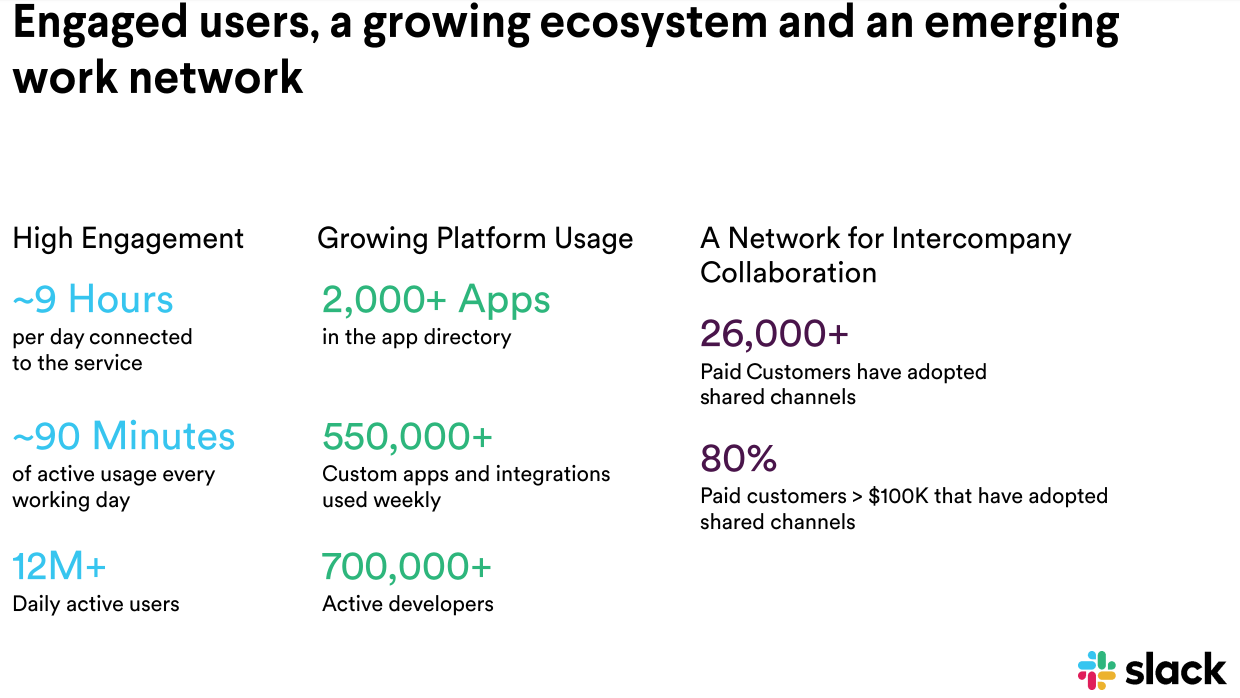 As we shall see, this is likely not enough to enable Slack to compete against the largest enterprise software publisher in the world! As good as the product is, one only has to look across a litany of customer acquisition and profitability metrics to see that growth is slowing across the board at Slack. Paid customer growth is slowing at an alarming rate. 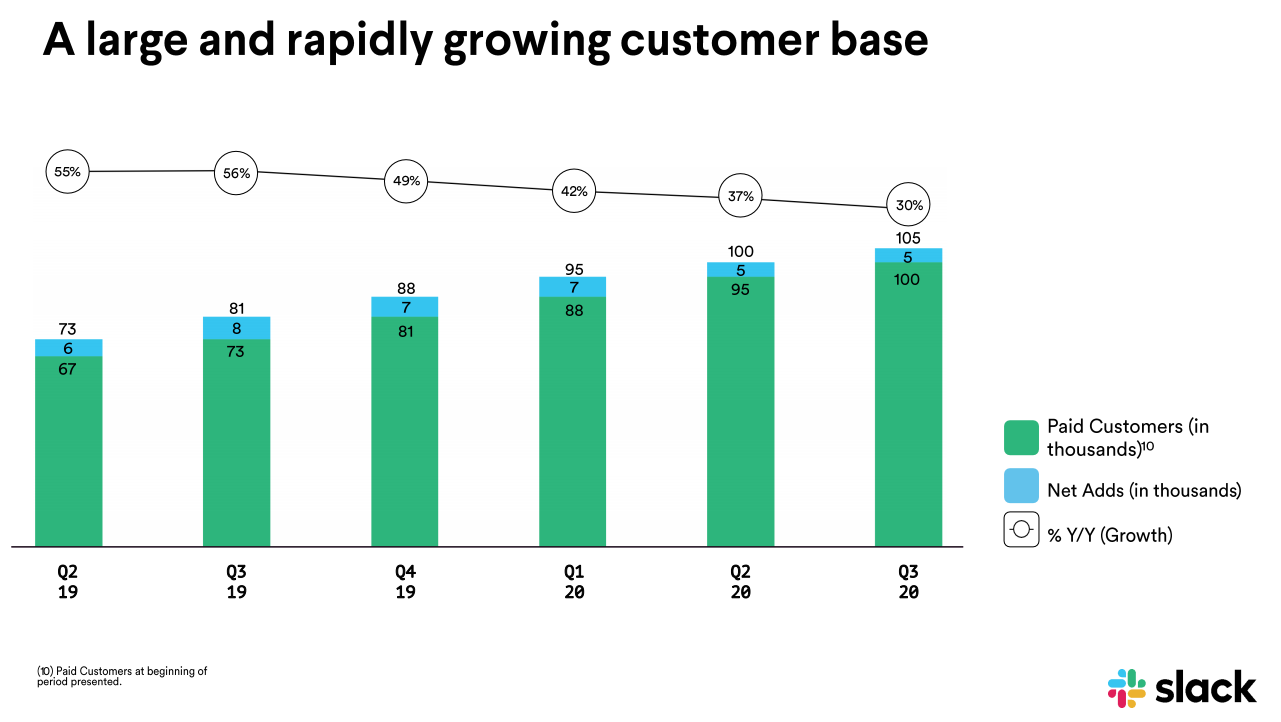 Slack currently states they have 821 customers with annual recurring revenue (ARR) over $100,000 and that these customers now comprise 47% of Slack’s revenue.

The largest, most ominous threat to Slack’s long-term survival is Microsoft and its Teams collaboration product. Slack was able to drive early demand and growth primarily because developers and technical workers grew frustrated with the clunky products available in the collaboration space, namely Microsoft’s Skype and Cisco’s WebEx. Once this was on Microsoft’s radar, the Redmond behemoth simply pivoted, funded the project, and determined that they could build a Slack-killer app of their own. This tactic is tried and true by the folks at Microsoft and is well documented in my colleague Joe Bentzel’s book Asymmetric Marketing: Tossing the ‘Chasm’ in the Age of the Software Superpowers.

In fact, Microsoft even mulled acquiring Slack in 2016 for a reported $8 billion. At the time, Slack had a paltry 2.3 million daily active users (DAU) but had already received up to ten companies making an outreach for acquisition discussions. Bill Gates and Satya Nadella were not convinced that buying Slack was the answer. Having acquired the likes of SharePoint, Yammer, Lync, and Skype, they felt the core pieces were already in place for Microsoft to build its competing product. Teams, enter stage left, please.

With Microsoft bundling the Teams product with the ubiquitous O365 suite at no additional charge, Slack could not have seen this tsunami of Teams adoption coming. Teams is still a nascent product, and most would say inferior to Slack currently. However, it’s just hard to beat the combination of “good enough” and “free.” Especially when Microsoft, now valued at over $1 trillion, can certainly fund development efforts to rapidly improve the product, and they are doing so, by all accounts.

Microsoft has already started to extend the reach of Teams through a partnership with Lenovo with the launch of a conferencing device called ThinkSmart View. Once Teams adoption reaches critical mass in the conferencing/public viewing space with Teams video and audio functionality, it will be almost impossible to displace it.

And if that were not enough, Microsoft is now extending Teams functionality to frontline workers, such as in the retail environment, via a new Walkie Talkie feature. Microsoft hopes this feature will turbocharge Teams adoption outside of the currently reported 20 million Teams users. Now tie in an ever-increasing number of Teams features being released with low-code development capabilities such as with Power Platform and Automate. Companies of all sizes are now being empowered to build their apps with little to no development experience. Frontline workers can use these apps to drive data back into Teams where they collaborate with their colleagues – all in one platform. 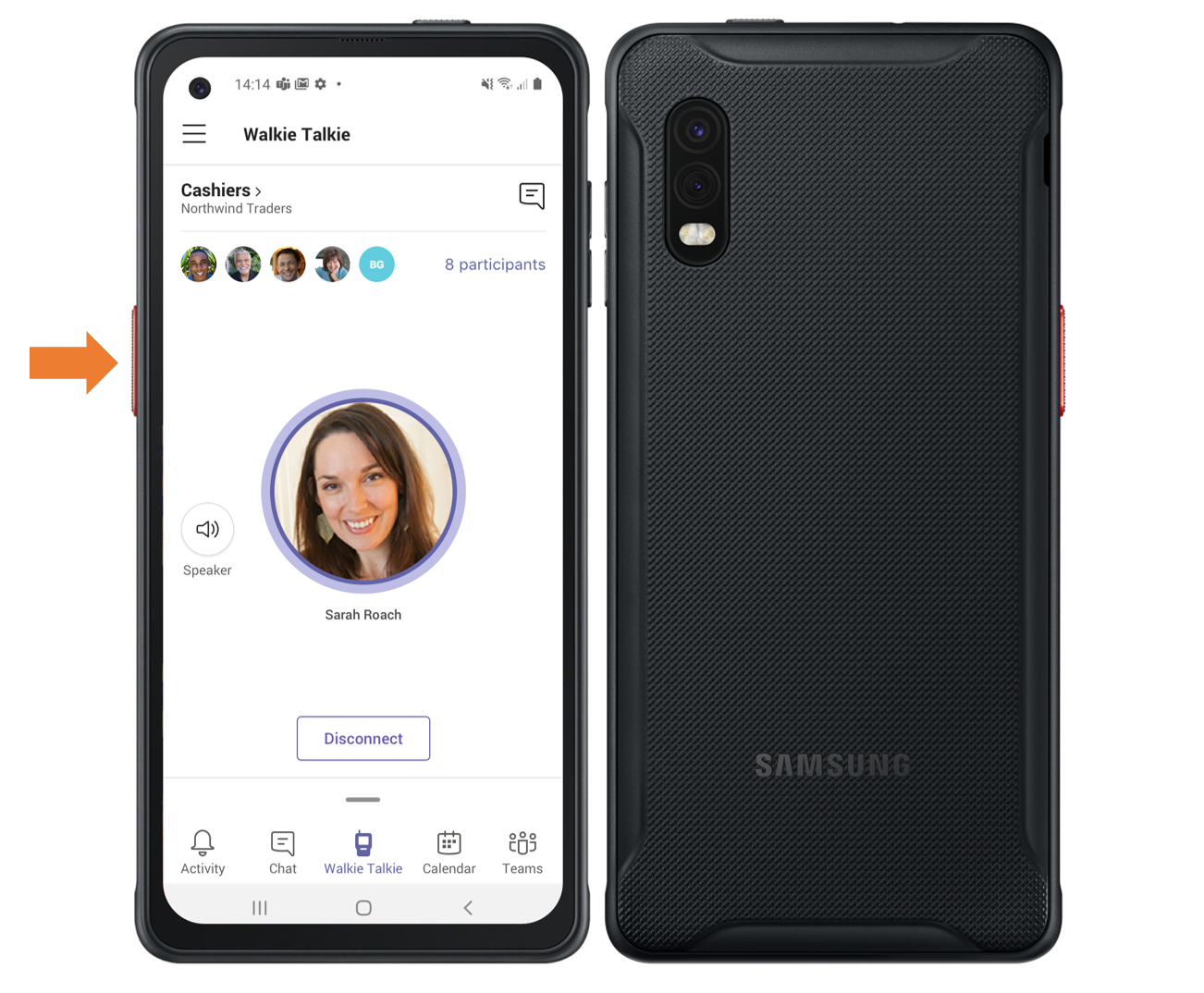 Above: The upcoming Walkie Talkie feature for frontline workers.

There are also a couple of other emerging players in the collaboration space, and they are no “slackers” in their own right – namely Facebook’s Workplace and potentially Google with Hangouts Chat and Hangouts Meet. In the case of Facebook Workplace, the application functions in a similar manner as the Facebook platform, ensuring a learning curve that is non-existent, nullifying one of the more appealing aspects of Slack. 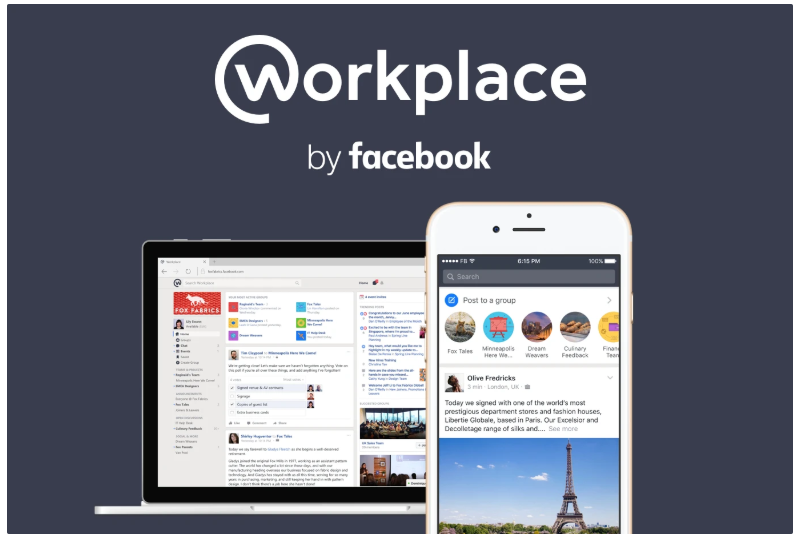 Despite a late entry into the collaboration market, Facebook’s Workplace already has two million paying users vs. Slack’s three million. Facebook has signed on 150 companies with more than 10,000 users each, such as Walmart, Starbucks, Nestle, AstraZeneca, and Delta Air Lines. Slack’s average large enterprise client clocks in at a comparatively paltry 667 users (based on the Plus plan at list price). Microsoft also has 150 Teams clients of more than 10,000 users each and touts a total of 500,000 organizations that are now using Teams.

Where Microsoft will likely pound the final nail in Slack’s coffin is the area of data security. New features will include secure channels for private chats, segregation of data for compliance purposes between channels, data encryption, and data loss prevention screening.

The biggest argument against a Slack acquisition is the hefty price tag. At a $12 billion market cap plus a buyout premium, a purchase of Slack would be a heavy lift on multiple fronts. It is a given that Microsoft is not interested, if for no other reason than the close antitrust scrutiny that would no doubt arise as a result of any tender.

A more likely scenario to play out would be a continuation of the slowing growth rates Slack is experiencing, resulting in further stock price declines and subsequent market cap capitulation. Should this bearish scenario play out, Slack could become a viable takeout candidate at a lower price and sales multiple.

Amazon Web Services (AWS) has been mentioned as a possible suitor simply since Slack has committed to spending a minimum of $250 million with AWS by 2023. This is the most unlikely scenario to play out as Slack does not mesh with AWS’s core focus on the IaaS and PaaS market segments vs. core enterprise functionality in the SaaS space. Additionally, Amazon is typically not a “big bang” player in the software acquisition realm. Recent forays into the unified communications space by AWS with their Chime product may be the exception to this rule, and thus one cannot rule out a big play by AWS.

More likely would be two companies with so-so collaboration software, Cisco and Salesforce. Use of Cisco’s Jabber and Salesforce’s Chatter collaboration platforms are disjointed and generally relegated to use within somewhat limited and restricted environments that often do not reach across the organizational boundaries of the enterprise. An acquisition of Slack would provide a meaningful boost to their technology platforms, which, coupled with their longstanding ties to Fortune 500 CIOs, could drive some transformational growth. With their platform approach to the enterprise, I view Salesforce as the most likely suitor as they stand to benefit the greatest and have access to the funding to pull this deal off.

With Slack revenue growth rates declining from 110% in 2018 down to a projected 55% rate in 2020, CEO Stewart Butterfield will have to find a path to profitability quickly or risk being snatched up by one of the technology sector elites. While Slack has spread like a plague of locusts with their free version of the product, it must convince these users to pay up if it wants to compete at the enterprise scale its current market valuation demands. With an increasingly crowded field of competitors, including Facebook and Microsoft (Teams and the lesser-known Spectrum.Chat within GitHub) primarily but also the likes of Zoom, Asana, and a handful of open-source startups (Mattermost and Rocket.Chat), 2020 is the make-or-break year for Slack as we know it.

Establish a Communications and Collaborations Strategy

People Are Dismissing Slack and Settling for Microsoft Teams

Web conferencing vendors lined up to offer their software services for free on Monday as workers around the globe started their weeks working from home, complying with social distancing recommendations in reaction to the COVID-19 pandemic.

In this first brief of four on Cisco’s January launch of upcoming collaboration solutions for 2020, I look at Cisco’s cognitive collaboration offering: Webex Assistant for Meetings.

Fears about the spread of coronavirus have caused most of China to stay home since the end of the Lunar New Year holiday, and web conferencing is playing a critical role in continuing education, business, and even research on a vaccine.

Major GoToMeeting Update Seeks to Please Users and IT

An already high-performing web conferencing software brand totally revamped its product last fall, offering a different user experience and new AI features along with a new set of IT diagnostics.

Zoom Video Communications has announced an array of offerings for 2020 at its third-annual Zoomtopia Conference.

Cisco Systems has announced several enhancements to its collaboration portfolio, which includes new software and hardware solutions and a partnership with Microsoft.

Generational Shift in the Workplace Is Boosting Use of Video Conferencing: Lifesize

With the bulk of the millennial generation now fully in the workforce and moving into decision-maker roles, the way business gets done is changing. And it involves a lot more collaboration over video, according to a new report from Lifesize.