Last week WeWork CEO Adam Neumann agreed with the rest of the start-up’s board in removing himself from the top office following a botched IPO attempt. How should new co-CEOs Sebastian Gunningham and Artie Minson now move forward with getting this high-tech office space rentals firm back on track?

Neumann’s ouster is highly publicized after WeWork went from being the most highly valued tech startup at a worth of nearly US$50 billion to a magnet for investor concern and a valuation of US$10 billion with an uncertain future. Notoriously barefooted co-founder Neumann was an incredible pitchman, able to sell investors on his vision to disrupt the office leasing market, spinning the firm as a “physical social network.” But investors lost faith with Neumann after he didn’t heed their advice on IPO timing and execution, according to Business Insider, and his eccentric behavior in office interactions was…unusual for a CEO.

While Neumann remains as non-executive chairman, it will be up to the new co-CEOs to restore confidence to the business among investors and employees. It won’t be an easy path to follow to return WeWork to its former illustrious reputation, and as with any new executive, the first 100 days will be the most critical period.

The concept of “the first 100 days” was first coined by US President Franklin D. Roosevelt after he took office and quickly enacted a flurry of legislation that set America on the path to recovery from The Great Depression. While initially intended to assess the likely legacy of new Commanders-in-Chief taking office, the concept has also been adapted to judge executives in the private sector. The idea of the critical first quarter was further popularized by Harvard Business Review author Michael D. Watkins with his book The First 90 Days, last published in 2013. I’ve been researching the topic of how executives should spend their first 100 days for Info-Tech Research Group and have built upon Watkins’ book and other literature with the real-world experiences of several executive interviews, including one in the office leasing industry. Let’s see how these best practices might guide Gunningham and Minson in their unenviable task to save WeWork.

The new co-CEOS are both internal promotions. Gunningham was the vice-chair and chief automation officer since March 2018, and Minson was the chief financial officer since 2015. Both have previous executive experience in the technology sector. Promoting up the veteran executives in this turnaround scenario is crucial, because the perception is that a quick course correction is needed to right the ship. Since the new co-CEOs already know the company culture and have deep knowledge of its people and processes, they won’t have to spend any time learning the organization like a new CEO from an external hire would require.

In his book, Watkins suggests new executives conduct a STARS mode assessment of their organization, with the acronym meaning Startup, Turnaround, Accelerated Growth, Realignment, or Sustaining success. In this case, WeWork is obviously facing a turnaround scenario. The company is perceived as being in serious trouble and its stakeholders are demoralized. It faces an immediate gutting, which will be a difficult time. The upside is that everyone recognizes there’s a need for change, so the co-CEOs should be able to push through their new vision.

Difficulty may be encountered if there are differing opinions on what should be done. If anxious investors have certain demands, or Neumann makes an effort to influence matters from the board, the co-CEOs will find their authority to marshal real change is handicapped. Already, key investor Softbank is on the record as suggesting that WeWork delay its IPO, and the co-CEOs did so just one week after canning Neumann.

In addition to selling off Neumann’s private luxury jet, the co-CEOs will have to find other ways to cut costs. That could include unrolling some of the 18 acquisitions the firm has made. Perhaps the duo will take inspiration from Marissa Mayer’s early days as CEO of Yahoo circa 2013. In one of her first acts, she sold Yahoo’s stake in Alibaba and used the $7.6 billion to bolster Yahoo’s mobile efforts. She also killed a slew of ancillary services Yahoo had launched, focusing on its core mission of search and content instead. Her efforts were rewarded with a return to stock market highs that Yahoo hadn’t seen for years. Similarly, WeWork may want to focus in on its core business.

While these co-CEOs are not new to the company, they would do well to attempt to put in facetime with their staff around the globe. Doing a lot of travel can be hectic and often seems hard when there is a lot to accomplish, but it’s important for two main reasons.

First, staff morale will be quite poor after the excitement of an IPO turned into bad news headlines. Further, the layoffs to get spending under control will exacerbate the environment of uncertainty. Gunningham and Minson could assuage some of that by meeting staff directly. If they get the sense that the current culture at WeWork is toxic, they’ll want to go further with their leadership changes and complete a full cultural destruction. This eliminates the cultural carriers put in place by the former CEO and allows a new, hopefully better culture, to grow.

The co-CEOs could meet their employees in a series of town halls. Recently I interviewed Wayne Berger, the CEO of Canada and Latin America for IWG Plc, which owns the Regus and Spaces branded co-working offices. After being appointed CEO about five years ago, he made a point to visit every location to meet with staff. By doing so, he learned that employees felt locations were understaffed. Yet the company was over costed on payroll. So Berger found a creative solution.

“The reality was we weren’t leveraging our staff appropriately. We actually reduced our staff over 33 per cent,” he said. “We provided increases for our remaining people and we set up a succession plan of roles they could move into. And we changed our labor profile where we had full-time, part-time, and even on-demand work.”

Further, Berger changed staffing strategy so that employees weren’t just assigned to one office location, but rather could go to work at any of the locations within a specific region. By sharing staff between centers and allowing specific locations to scale and shrink employees based on demand, he was able to address the sentiment that locations were understaffed while also bringing costs down. 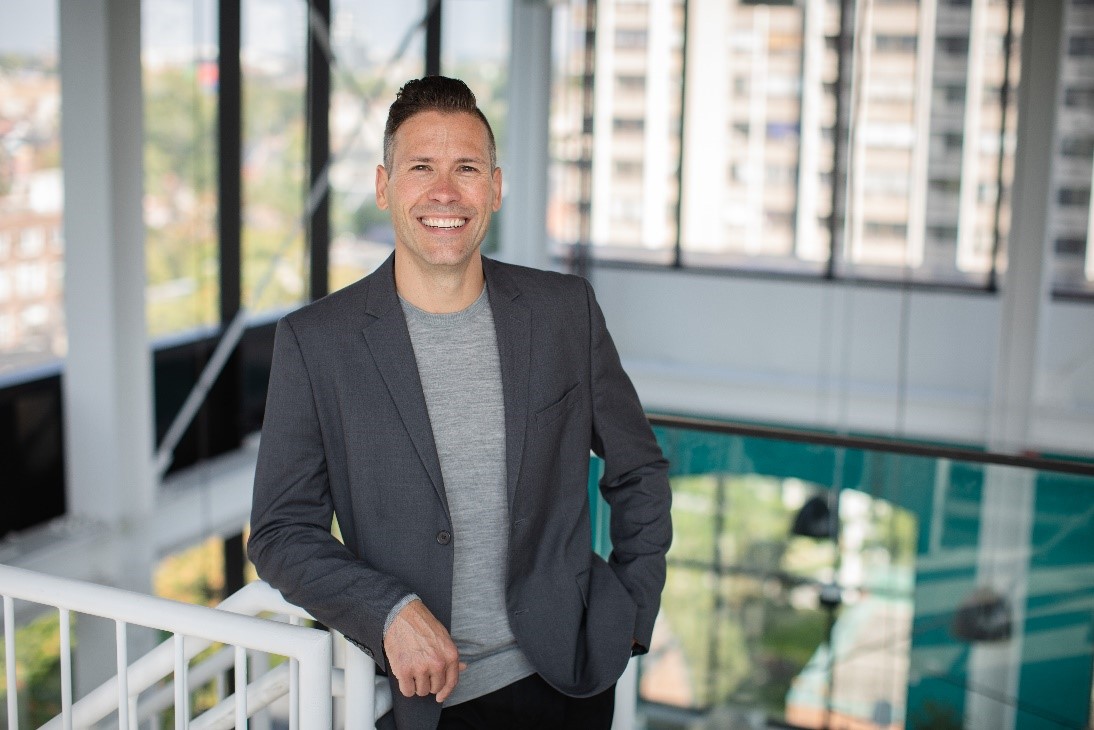 When Wayne Berger became the CEO of IWG Plc’s regional division for Canada and Latin America, he conducted a town hall tour in his early days. (Image: Courtesy IWG Plc).

Neumann’s sudden departure could create a feeling that WeWork has lost its vision. In the tech startup world, employees rally around a clear mission statement. A common belief that there’s a big goal to be achieved together can help individuals endure the bumps along the way. When a co-founder leaves or has a much-reduced role, it can be hard for employees to believe their mission is still achievable.

Given that WeWork’s financial disclosures unearthed more than a little dirt from the startup’s foundations, the co-CEOs will have to face reality with employees. So far, their stated goal is to still IPO in the future, but the roadmap for how that is accomplished is unclear. In charting that path, they might want to take a page from BlackBerry CEO John Chen, an executive hired for his reputation succeeding in turnarounds.

After meeting customers and suppliers of BlackBerry, Chen was blunt about the firm’s current state in public, according to a report in The Globe and Mail. He pointed out mistakes and admitted that it lacked credibility externally. The company was divided over what customer base it should target – the consumer or the enterprise. Chen followed the money, or lion’s share of revenue that BlackBerry earned, and chose to focus on the enterprise. His vision was to transform BlackBerry from being known for its iconic handsets to being known for its mobile solutions.

Following the distractions of a botched IPO that put WeWork’s focus on investors, its new leading duo must chart a roadmap that returns company focus to its customers.

Cornerstone Continues to Invest in Learning Suite With Acquisition of Saba

Cornerstone is acquiring Saba, a learning management system, to further invest in its learning offerings and gain reach in the market. With this acquisition, the organization intends to accelerate product development.

Cornerstone acquires Clustree to incorporate AI into its learning solutions. As a result, Cornerstone’s Learning Suite displays deep knowledge of employee skills, which can inform promotions or job changes, areas for learning, and recruiting decisions.

Adopt a lifecycle view of talent management to uncover your biggest challenges and ultimately the right platform to overcome them. The first two of the ten lifecycle stages identified by Info-Tech that can help you make the decision are talent acquisition and onboarding and offboarding.