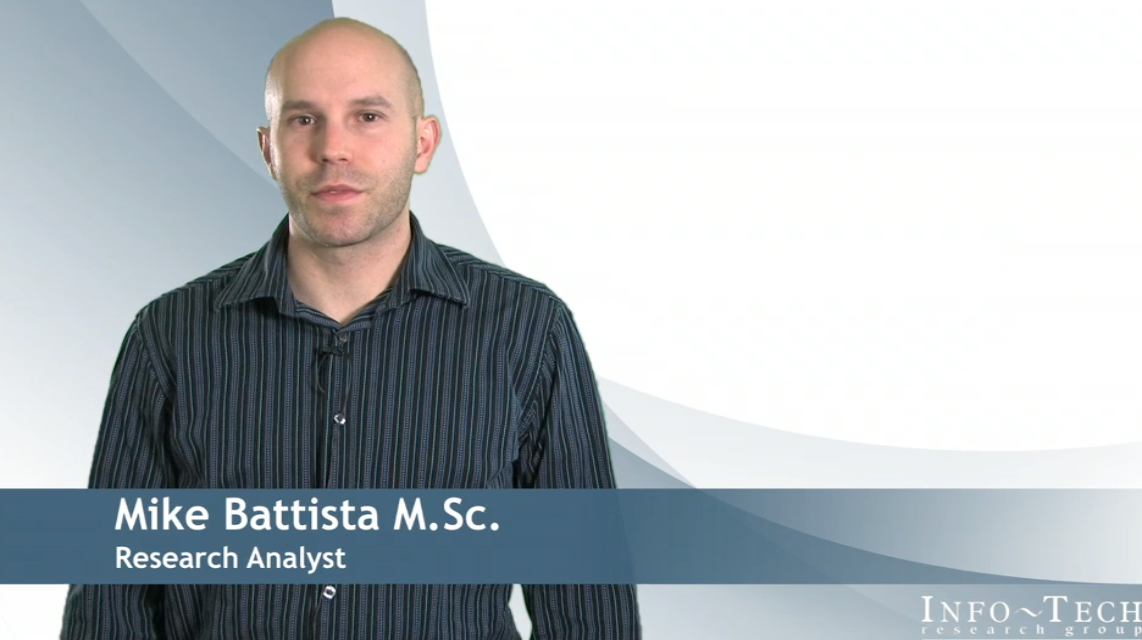 Apple recently announced the next version of its popular iPad tablet. What does this mean for the enterprise?

This note and video will discuss:

Steve Jobs surprised everybody on Wednesday when he appeared on stage in San Francisco. He looked frail, but wore his trademark mock turtleneck and carried himself with his usual exuberance. Less surprising was what he had to announce: the inevitable iPad 2. It’s faster, and finally has cameras, but it is also a bit thinner and lighter than the first iteration.

Now that Apple has carved out a market for tablet computers, competition is heating up. The BlackBerry Playbook and HP TouchPad are coming out soon, while Motorola’s recently-released Xoom has impressive hardware specs and brings a fresh Android OS with it. The iPad finally has some worthy competitors, but we don’t think it takes a reality distortion field to realize that the updates coming with the iPad 2 will be just enough to keep it dominating through 2011.

What does the iPad 2 announcement mean for the enterprise? The iPad is already establishing itself in businesses, especially when workers travel or are on their feet a lot. For example, hospitals have been embracing tablets.

The iPad 2 is thinner and lighter, so mobile workers will find it even more portable than before. Even the modest weight difference can make a big difference over the course of a day. Battery life hasn’t changed, but at ten hours, it was already more than enough for a full day of mobile productivity.

The cameras (two of them; one in the front, one in the back) have obvious application in unified communications. Workers or clients in any physical location can be in full voice and video contact with the business at any time they are using an iPad 2, in addition to the text-based communication that is already common. The cameras can also be used whenever visual information needs to be recorded. Think of an insurance claim adjuster immediately snapping a picture of property damage to add to a document and then send to her office computer. The new ability to mirror the display through an HDMI connection (after spending extra on an adapter, in typical Apple style) also has potential for sharing information, such as in meetings, or giving impromptu business presentations anywhere with a television.

The iPad 2’s faster processor should provide enough raw power for 3D visualization or heavy data processing. Aside from the hardware, the Safari web browser’s improved handling of JavaScript makes custom enterprise web applications more viable. Version 4.3 of the iOS operating system is also improved. At this point, iOS is already suitable for most enterprise use, with features such as VPN and remote wipe capabilities. Info-Tech generally recommends allowing personal mobile devices on the corporate network, especially since continued tablet adoption has brought them into the workplace anyway.

However, security is always a concern. Version 4.3’s new personal hotspot allows a device to share its 3G cellular connection as a Wi-Fi connection. This adds a new wrinkle to security in the workplace, and is worth keeping an eye on for businesses that need tight control over how and where data is being transmitted.

In sum, the iPad 2 doesn’t have any revolutionary new business features, but its cameras, in addition to increased comfort and speed, provide an incremental benefit to the already viable use of iPads in the enterprise.