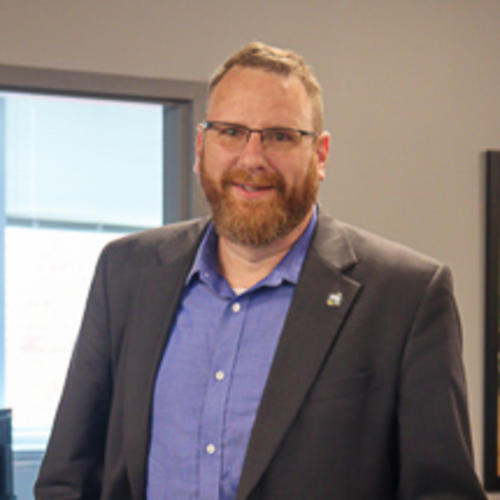 Brent Messer is an award-winning thought leader, author, and international speaker on the world of leadership, IoT, smart cities, Agile, digital transformation, broadband, and innovation in the public sector. For over 25 years, Brent has focused on adding value to organizations through technology in the private, public, and academic sectors.

He is the former chief information officer (CIO) for the City of Chattanooga, focusing on innovation and digital transformation in local government and transforming the city into an agile and innovative civic tech powerhouse that is recognized the world over as one of the most innovative cities in the United States and known as the "Gig City" for their 25-gigabit municipally owned broadband network.

Under Brent’s leadership, Chattanooga was one of only two cities in the United States to be invited to work with the G20 Global Smart Cities Alliance and named the number one city in the United States to work from home. Chattanooga won the Smart Cities Connect Smart 50 award five years in a row and has been one of the top five digital cities in America also five years in a row. Other awards include the IDC Smart Cities North America Award for Education in 2019 and the Certified What Works Cities Gold Certification for 2021.

Brent is the author of Value-Driven: The CIOs Handbook for Digital Transformation and Innovation in the Public Sector and was awarded the distinction of being named to State Scoop’s Golden Gov: City Executive of the Year in 2020 and has been recognized as one of the most successful government innovators in the world and one of the most influential CIOs in North America.

Brent achieved his Certified Government Chief Information Officer (CGCIO) certification from the UNC-Chapel Hill School of Government and holds several Agile certifications, including Advanced Certified Scrum Product Owner, Advanced Certified Scrum Master, and Certified Agile Leader for both Teams and Organizations. Brent also holds several academic degrees, including a Master of Science in Information Systems, and his work has been featured on US and international television and radio, in magazines, newspapers, and online publications that include The Wall Street Journal, State Scoop, InformationWeek, Government Technology, Persons of Infrastructure, and many others.