Unlock VMworld 2011: VMware Platform Is About the Whole Infrastructure 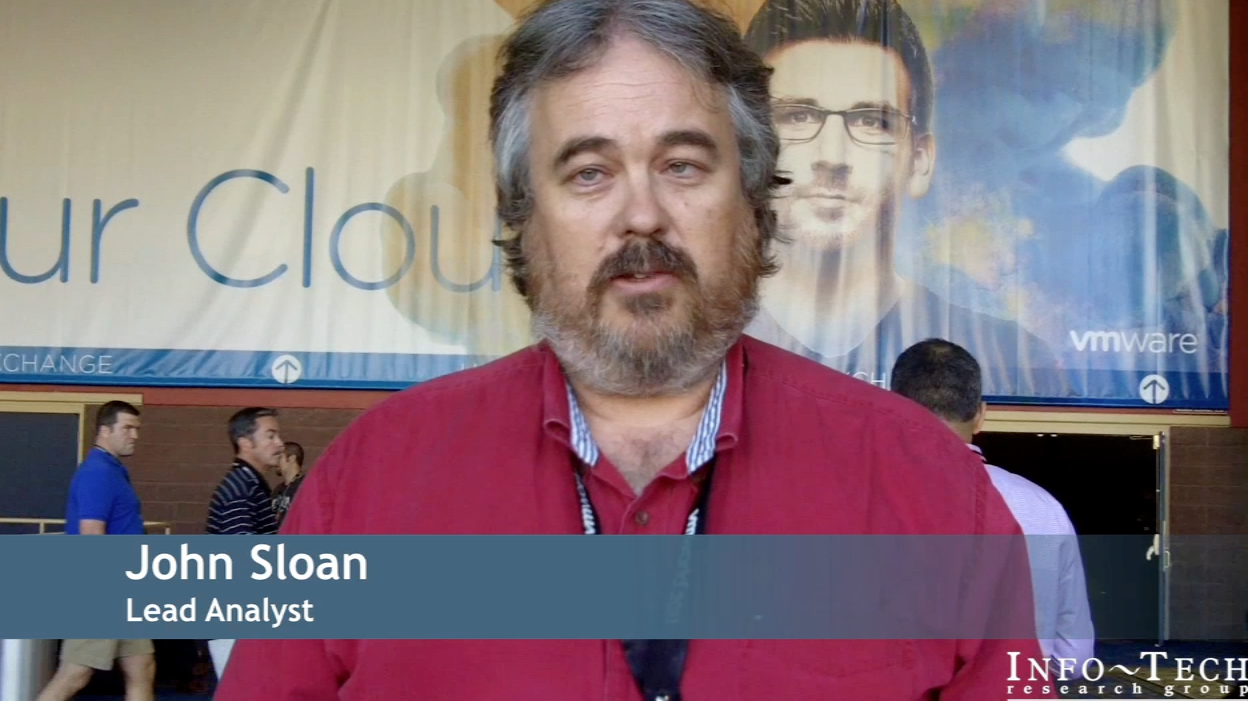 VMworld 2011: VMware Platform Is About the Whole Infrastructure

VMware's recent VMworld conference and show in Las Vegas was a true-to-form celebration of all things virtual for close to 19,000 participants. But for an observer of many past VMworlds, the change in focus from server virtualization to cloud platform was striking. This virtual cloud platform had implications for the future of network and storage products as well as servers.

Three or four years ago many of the participants and events were the same, but the focus was very much around the latest tricks that VMware had come up with to get more out of a server processor. Remember the x86 architecture was meant to host a single OS and server instance. So it was cool to see multiple virtual machines running on hardware not meant for partitioning. Then we had the added fun of moving live VMs from one processor to another as well as high availability tricks, and then multi-processor VMs and memory tricks to increase the number of VMs running on a processor.

At VMworld 2011, the focus was not so much on the processor tricks (though those are still going on under the covers), but rather on VMware as a platform for internal and external Infrastructure as a Service clouds. A couple of years ago at VMworld, then newly appointed CEO Paul Maritz spoke of VMware as becoming the operating system of the whole data center – a concept now called the Virtual Data Center.

Surrounding and Enabling the Whole Cake 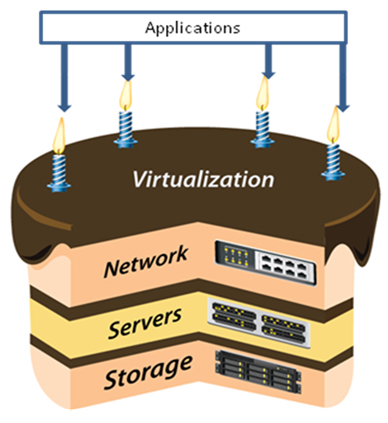 It’s a simple – some might say simplistic – model, but here’s something to note: in the birthday cake, the icing is not specific to one layer. It surrounds and binds together all the layers. It makes the cake. This is very much what VMware is going after – making VMware the icing of the whole IaaS cloud layer cake. So at VMworld 2011, we heard less about servers and more about:

In support of those all important birthday candles (i.e. applications), VMware also had a number of announcements, such as the further expansion of their platform-as-a-service capabilities with vFabric Data Director, a means of managing and using databases on the VMware PaaS that is agnostic about particular database management systems.

Head in the Cloud

VMware has to have a role in servers, networks, and storage if it is going to be a platform and not just a server consolidation trick. A consolidated, standardized, and virtualized infrastructure is not a cloud, but it is the foundation for one. There was plenty at VMworld 2011 on vCloud Director as well as companion products for hybrid clouds, such as vCloud Connector 1.5 for transferring VMs between internal and external clouds.

Here again there is a real that was then, this is now contrast between today and VMworlds of days gone by. Four years ago, VMware senior management was clear that there were plenty of tricks for servers to be developed. VMware would focus on that, and leave the higher level cloud stuff to others. vCloud certainly wasn’t part of that view.

VMware’s stated view of the progress of virtualization from server consolidation to cloud management is very similar to Info-Tech’s view. It begins with capital cost savings of doing more with less on servers, as more servers (and more core servers) are virtualized, it moves to a stage of management efficiency where creating, maintaining, and protecting workloads becomes easier. The final stage is the cloud where automation, self-service, SLA maintenance, and granular accounting are enabled. 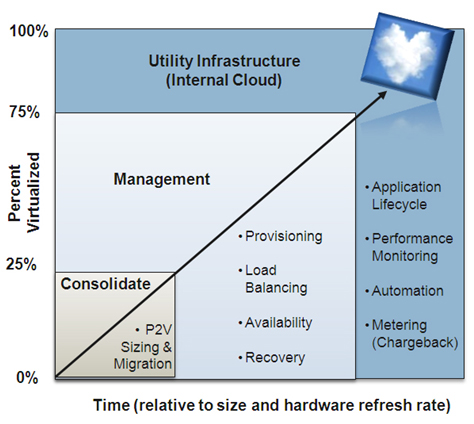 VMware speakers noted that several analyst surveys (Info-Tech is one of them) are showing that virtualization is crossing the 50% point. This is true. It is also true however that most enterprises are still in that management zone. Relatively few are at the stage of building a real functional automated cloud.

Still, major shows like VMworld are forward looking. Back when most enterprises were in early stages of virtualization VMware used VMworld to highlight its renaming of the core product “Virtual Infrastructure.” Now with most focused on building out larger scale virtual infrastructure VMware is talking about cloud.

The future of infrastructure then, according to VMware, is private and public clouds managed by VMware software right from outward facing service portals down through the virtual data center to individual layers of servers, networks, and storage. One wonders how this will impact vendors, of all that consolidated hardware, who make their dollar on the management of these components.

According to Info-Tech’s Three Laws of Utility Infrastructure, hardware is essentially enabling capacity. Its value is measured by commodity metrics – cost per unit of capacity. However, management is a differentiator. So one chunk of hardware may have the same standard components (such as spinning disks) as another, but the bundled management might differentiate one chunk from another.

If more management is to be subsumed into the virtual infrastructure “icing,” that would mean less differentiation and more commoditization of the physical bits. Cost pressed infrastructure managers may cheer, but vendors may be less enthused. Note that all the developments listed above – VXLAN, VSA, vSphere replication, vFabric – are agnostic about the infrastructure they run over.

It will be interesting to see how this plays out especially as VMware has some strong partnerships with hardware vendors. Consolidation-in-a-box solutions, for example, are cloud enabling but also vehicles for selling more proprietary hardware (such as Cisco switches, EMC storage) to the data center.

Comparing VMworld today to three years ago, VMware is now an Infrastructure as a Service (and cloud) platform company. Not just a server virtualization company. This could mean increased commoditization and lower costs for infrastructure in the future, but it also risks VMware biting some powerful hands that have helped feed its success.