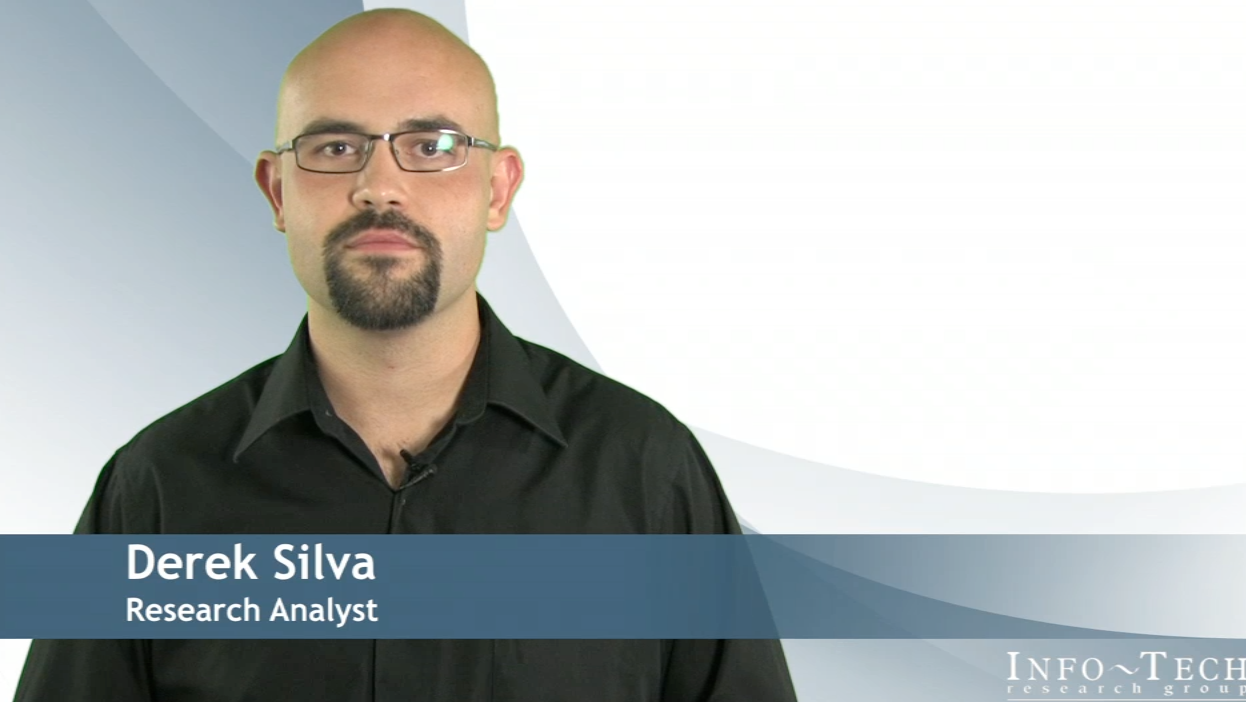 Server virtualization is a trend that took hold several years ago. With the ability to virtualize and share hardware resources more effectively across operating systems and applications, the vast majority of businesses took to consolidating their footprint in an effort to cut costs and improve efficiency. This has largely worked out very well, and has laid the foundation for building private clouds. (For more information on internal clouds, read Info-Tech’s solution set Manage and Plan Capacity for the Internal Cloud.)

Building a private cloud can be especially effective for single-site, mid-sized enterprises that don’t have a need for a lot of specialized hardware (e.g. firewalls, intrusion prevention devices, WAN optimization appliances, etc.), and need more cost-effective operations. However, when there is a need for a greater number of specialty appliances, it becomes difficult to rationalize deploying them into a highly virtualized infrastructure.

In discussions with several vendors that produce physical appliances, Info-Tech has been told time and time again that virtual appliances will either never meet, or will take a long time to meet, the performance specifications of physical, purpose-built appliances. Even vendors that have begun shipping virtual versions of their solutions have made it clear that the virtual versions are only to be used in testing and development environments.

In 2006, Vyatta entered the routing market with a mission of developing an open source router application that could be used to replace a business’ physical router. There were doubts about the viability of the product, especially as an open source solution product. However, Vyatta unveiled router software capable of gigabit speeds shortly after, and is a profitable vendor today.

Zeus, a virtual application delivery controller (ADC) vendor, briefed with Info-Tech to discuss the performance tests completed on Cisco’s UCS blade server platform. The details have been released, and Zeus said it would be releasing the results of tests performed on other platforms as soon as they are complete. The short version is that Zeus was able to achieve 19 Gbps of HTTP throughput per blade, using just two virtual machines on Cisco UCS. This was after testing configurations of 2, 4, 8, 12, 16, and 24 virtual machines.

The implications are clear – if a virtual ADC solution meets your needs, you can replace or scale your existing ADC with a virtual appliance instead. You can minimize the amount of new hardware you need to purchase, focus on bringing in new capacity for all applications instead of just one, and continue to scale beyond the original configuration as long as the vendor keeps squeezing out more performance (and showing customers how to do the same).

It also gives customers the opportunity to deploy the same software in public cloud environments (pending partnerships), helping you scale your applications horizontally instead of just vertically.

There are still physical ADCs available from the likes of F5 and Radware that outperform Zeus’ Traffic Manager. However, for applications where investing in a physical appliance cannot be justified, or there is simply a desire to avoid physical appliances because the data center is already highly virtualized, you can expect that a virtual appliance will meet your needs now, or soon in the future.

Stay virtualized if you can

Don’t let the need to deploy a load balancer or ADC deter you from keeping as much of your resources virtualized as you can. The virtual ADC performance naysayers have been proven wrong, and it’s only a matter of time before other vendors recognize not every customer wants to buy another box, which is why Citrix, F5, Radware, KEMP Technologies, and Crescendo Networks have all released virtual ADCs for test and development purposes. Look for these test and development solutions to be turned into full-fledged solutions over the next 6 to 12 months.

As every new generation of hardware brings performance boosts – especially faster processors, RAM, and solid state drives – virtual appliance vendors are taking advantage of these capabilities on host hardware. Vendors are now extracting the same level of performance expected of purpose-built solutions, giving you the opportunity to avoid buying a physical appliance.