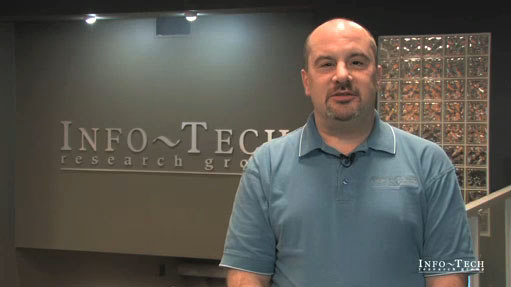 With expectations for the highly anticipated Apple iPad through the roof, there was little doubt that it would disappoint some. In typical Apple fashion, the industrial design of the device is spectacular. Early hands-on testing indicates exceptional usability as well. However, lack of Adobe Flash support, a front facing camera for video conferencing, and multi-tasking capabilities have many lamenting how Apple missed the mark. Keep in mind that the iPad will be followed by countless devices in this new category, some already announced running Windows 7 or Android OSes.

Think About the Possibilities

The iPad is not the first device of its kind. Other Mobile Internet Devices (MIDs) in slightly smaller form factors already exist, and more from HP, Archos, Dell and countless others have been announced for release this year. This begs the question – how will these devices be used in enterprise environments? Here are a few scenarios:

The list goes on. Road warriors will be able to use an instant-on device that is large enough to use for the majority of tasks, and can be employed to deliver client presentations. To be clear, there isn’t a use case for every enterprise, but many will find this new class of device to be very useful.

Much like 2009 was the year of the netbook, 2010 will be the year of the tablet/slate. Watch closely as this market evolves and a plethora of capable devices enter the market.

The hype leading up to the launch of the Apple iPad led to ridiculously high expectations for the device. Some critics say that iPad misses the mark in some respects, but the device most certainly lays the foundation for a new product class, which will undoubtedly find its way into the enterprise.