Develop and Mature an Esports Program in Education

Speak With A Representative

Many education professionals both inside and outside of IT are unfamiliar with the esports space and have difficulty addressing the opportunity in a systematic fashion.

By leveraging a maturity model, an esports program can provide benefits to institutions of education while minimizing the drawbacks of esports and mitigating organizational challenges.

Gain guidance on what type of initiatives should be taken, depending on the current state of esports activity at your district or institution.

Develop and Mature an Esports Program in Education Research & Tools

1. Deck – Provides an understanding of how an esports program develops in education.

Speak With A Representative

Develop and Mature an Esports Program in Education

Info-Tech Research Group Inc. is a global leader in providing IT research and advice. Info-Tech's products and services combine actionable insight and relevant advice with ready-to-use tools and templates that cover the full spectrum of IT concerns.

Esports is a growing trend for both K-12 and Higher Education, and one which directly involves the IT department. The activity is popular among a wide range of students, many of which are not interested in traditional sports. For this reason alone, the activity is one that can be leveraged in education to encourage retention among students who may otherwise see little extra-curricular involvement on campus.

Despite the lack of physical activity, esports has substantial similarities with traditional sports. This includes its focus on team collaboration and the range of participation, from casual gamers to competitive "athletes" and spectators. These similarities mean that the school or college can leverage their existing athletics expertise to support esports.

The key difference is the technology. IT is often centrally involved in the development and governance of esports. This research provides the IT department with information on the growth of esports in education and how an esports program typically matures. This research is designed to help IT navigate and mature the esports initiative at their district or institution. 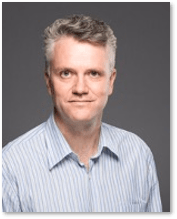 By leveraging a maturity model, an esports program can provide benefits to institutions of education while minimizing esports' drawbacks and mitigating organizational challenges.

Esports has the potential to be as popular as traditional sports

As with traditional sports, there are professional players, casual players, and spectators.

The number of esports enthusiasts is growing. There are currently 22.4 million enthusiasts – that's 6% of the North America population. Enthusiasts watch professional esports content more than once a month. Comparing numbers to traditional sports can be difficult because the streaming audience is much higher than for television. Measurement by enthusiast brings the number down substantially but may be a more accurate comparison to traditional sports viewership by revenue.

Many colleges and universities are looking to esports to attract students and differentiate themselves from other institutions. For example, Laredo College, a community college with around 10K students, decided to replace all traditional sports programs with esports in 2022. (Gideon)

In education, esports supports competition, teaching and learning, and research.

Within each of these three components there are different levels of maturity that should be considered in the esports strategy.

Esports adoption is still in early stages in education

Esports lacks the governance of traditional sports requiring more flexibility from the institution.

The value of esports at universities is in recruitment and retention

Esports has become established in higher education and there is now data to support enrolment strategies.

Esports is considered a full K-20 activity spanning the full education journey of most students. For universities, developing ties through esports with local high schools offers a recruitment channel.

A survey from DePaul University on the impact of their esports program states:

This sense of community and belonging can directly correlate to retention efforts at DePaul.

Schreiner University reports that students in esports had, for the previous three years, achieved a retention rate that exceeded the university average by 12%. (Hueber)

While esports promotes an underrepresented population, it carries certain risks.

The primary barriers to starting an esports program

To benefit from esports in K-12, the program must address concerns about video games.

Esports and other games such as Minecraft support skills development including

Esports has benefits for K-12 education

Benefits of an esports program at a Kansas high school

Concerns to esports in K-12 education

There are technical challenges for esports in K-12 education

The top advice for K-12 ICT is to make do with what the district can afford.

Leverage a maturity model to develop esports in education

The model presented here is primarily designed for esports in higher education; however, K-12 will also benefit from the example.

Phase 1: Esports is unorganized with pockets of interest

IT may be involved informally to support students and faculty interest.

IT would work informally with the clubs and faculty depending on their interest and awareness.

Some faculty are conducting esports research. The top fields are:

Phase 2: A champion formally addresses esports at the institution

The role of the champion

* Especially needed to address the issues of digital poverty that limit access for some students.

Technology considerations for IT:

Phase 3: The institution commits with a varsity team and course offerings

The technology requirements for varsity competition will be higher than for clubs. IT may want to establish a connection with an esports MSP for tournaments.

There isn't an equivalent of NCAA in varsity esports (UCI Esports) to regulate it as with traditional college sports. Institutions will set their own standards for play including technical specifications for games they host, addressing equity issues, and setting a policy on video game violence such as with first person shooter games.

Prize money and sponsorship is an issue with esports, as the line between pro athlete and amateur is more blurred than in traditional sports. At Simon Fraser University, the esports team played under an affiliated name for collegiate sports and an unaffiliated name for prize money tournaments. (McCarthy, C.)

Esports-related courses are often offered around the time an institution starts a varsity team. This further validates the interest within the academic community.

The choice of which game titles to pursue will go hand-in-hand with the recruitment of coaches.

The website berecruited.com has information on collegiate esports scholarships throughout North America.

IT will be involved in the governance of esports and may offer guidance in its creation.

Where should esports reside?

Not only will IT be involved in the establishment of the new facility but also in the management of sponsors who are donating equipment.

The facility cannot be simply a dedicated arena but should offer more continual use. Other uses include classroom, office space for administration of an academic esports program or for partner organizations, co-working space, and VR capabilities. (Chiang)

Institutions will often leverage sponsorships and donations from benefactors to support the development of a dedicated esports facility.

An example of the operational and governance structure of a mature esports program. 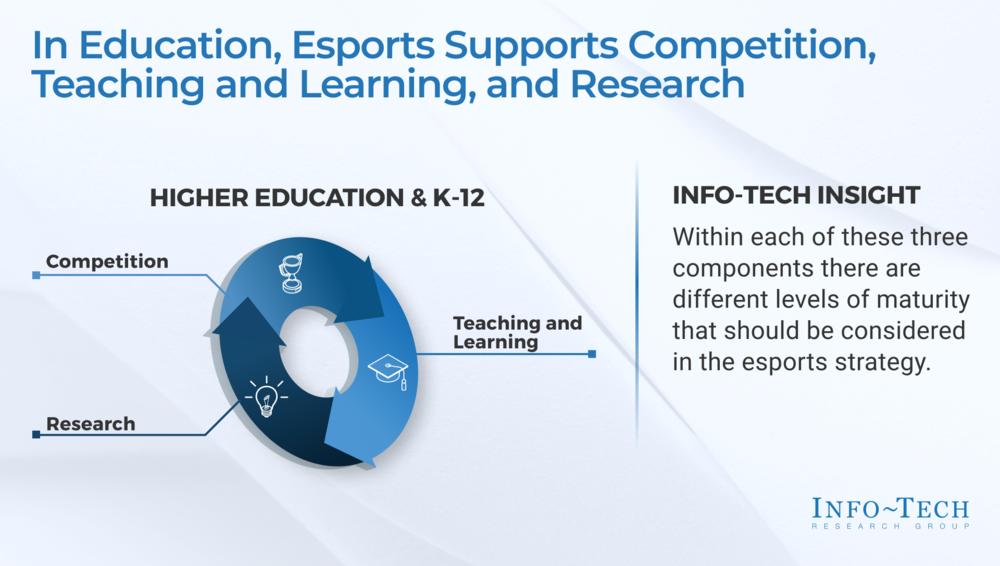 We produce unbiased and highly relevant research to help CIOs and IT leaders make strategic, timely, and well-informed decisions. We partner closely with IT teams to provide everything they need, from actionable tools to analyst guidance, ensuring they deliver measurable results for their organizations.

What Is a Blueprint?

A blueprint is designed to be a roadmap, containing a methodology and the tools and templates you need to solve your IT problems.

Each blueprint can be accompanied by a Guided Implementation that provides you access to our world-class analysts to help you get through the project.

Talk to an Analyst

Our analyst calls are focused on helping our members use the research we produce, and our experts will guide you to successful project completion.

Book an Analyst Call on This Topic

You can start as early as tomorrow morning. Our analysts will explain the process during your first call.

Get Advice From a Subject Matter Expert

Each call will focus on explaining the material and helping you to plan your project, interpret and analyze the results of each project step, and set the direction for your next project step.

Unlock Develop and Mature an Esports Program in Education