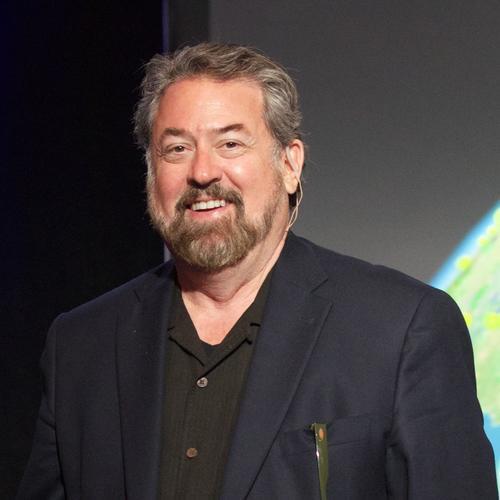 Mark Anderson writes the most accurate predictive reports covering the computing and communication industries. His weekly Trends and Predictions posts cover must-have information for strategy development and business technology planning, and are followed by technology executives and investors worldwide including Bill Gates, Paul Jacobs, Michael Dell and more.He is also the founder and chair of the Future in Review ("FiRe") Conference, named "the best technology conference in the world" by the Economist.

Mark is credited with accelerating the deployment of 3G wireless in Iceland, helping design Sweden's wireless auction process, assisting Eastern Germany's technology programs, creating the first post-911 manual for the US government on the use of technology to combat terror, and being the first to fully document the central role of stolen intellectual property in China's national business model. His successful predictions include: the Great Recession of late 2007 (made in March of that year, on CNBC Europe's "PowerLunch"); the contemporary outbreak of "currency wars" and the first modern use of the term; the advent and success of the CarryAlong computer category as the fastest-growing and largest in the industry, now represented by pads and netbooks (in 1997); the advent of the Internet Assistant category, currently represented by Siri, Google Now, and Dragon Go! (in 1998); the global currency crisis of late 1997 (in April of that year); and the contents of over 900 issues of the SNS Global Report, the first subscription-based Internet publication.

Mark's intellectual contributions include: Resonance Theory, the first physics Theory Of Everything based on the resonant properties of empty space; the AORTA (Always-On Real-Time Access) concept, subsequently taken as the name for Europe's first broadband network; the AORTA Manifesto, a proven process for schools integrating technology, backed by NGOs and educators around the world; Equilibrium Genetics, a new theory of evolution and genetic variation; "Twinning," a solution set to slow global warming, based on linking commercial graphene production to energy plant CO2 emissions; and "Flow Economics" and "Hyperstructural Economics," two new pragmatic descriptions of the forces behind the post-Information Age economy.

Mark is a member of the Australia-America Leadership Dialogue and is an advisory board member of the Calit2 and Qualcomm Institutes, the Graphene Industry Stakeholders Association, and a number of technology firms. He provides technology trends advice to a select group of venture firms, startups, and government agencies in Australia, the US, and the UK.

Mark is a frequent guest on National Public Radio's "All Things Considered," as well as the BBC World News and Bloomberg TV; and he regularly appears in the Economist, the Financial Times, the New York Times, the Wall Street Journal, and other media.