Beware promises of cost savings and license optimization by acquiescing to SAP’s need for you to migrate from ECC to S/4HANA. Efficiencies in the areas of license optimization are usually offset by additional costs. Use a total cost of ownership (TCO) approach to evaluate the deal.

As we have previously discussed here, migrating to S/4 or C/4HANA may present some organizations with the rare opportunity to re-negotiate their ERP agreements with SAP, in essence hitting the "reset" button. Upon review of multiple S/4HANA contracts, however, it would appear that few organizations have taken a long-term approach towards this unique opportunity.

The promise to customers is that S/4HANA will provide a new SaaS-based model for both the business model and the software delivery components for the ERP software. Additional benefits such as performance gains and lower database costs must be scrutinized and decomposed to separate myth from reality.

As of early 2018, SAP had 7,900 customers (updated to 10,900) that had purchased SAP S/4HANA license entitlements, of which approximately 1,500 have gone live on the system. Now keep in mind a couple of crucial points.

The primary takeaway from these numbers is that S/4HANA growth is occurring, yet it is still nascent compared to the legacy SAP install base. Furthermore, it appears that customers are engaging with SAP in piecemeal deals where S/4HANA is coupled with other product purchases rather than taking the opportunity to re-shape their complete ERP contracts.

What about the promises around improved cost structures and efficiencies from the SaaS deployment model? Well, very few agreements that we have reviewed include S/4HANA being deployed via the public cloud under a SaaS model. Implementations tend to be in a hosted, private cloud environment (i.e. colocation) or on premises. In many cases, enterprises are taking a hybrid approach of keeping core systems of record on premises while deploying a branch or line of business (LOB) functionality in a cloud environment, further increasing the implementation complexity. When implemented in this manner, the benefits of public cloud are non-existent. This serves to shift the business model to a subscription and/or transaction-based model that is more profitable for SAP and reflects well to its Wall Street analysts, but yields little in terms of benefits for the customer.

…And the Costs Mount Up

Take into consideration the requisite hardware costs and changes to the database requirements and layer this on top of poor adoption of S/4 HANA overall, and the cost-benefit analysis becomes more prohibitive as one moves away from the public cloud model.

For example, hardware improvements are a function, to some extent, of the specialized SSD memory required to run a HANA appliance. So is it the software or the hardware upgrade that is driving performance improvements, where they exist? To what extent for each factor? And, in case it needs to be mentioned, SAP customers will be footing the bill for this super-charged hardware, either directly when purchasing appliances or via inflated subscription pricing.

A final consideration is a requirement that S/4HANA is run on the HANA database. To incent customers to view this as a net positive, SAP has recently raised the prices on third-party run-time databases from suppliers such as Oracle, Microsoft, and IBM. SAP then compares the 22% of net license costs for third-party databases with the seemingly lower price of 15% for the HANA database. To be fair, SAP will often allow the value of shelfware licenses to be applied against the HANA database cost, which does bring the dual benefit of a one-time discount/credit and a lower Software Asset Value (SAV) upon which HANA charges are based.

One drawback is that HANA is the most expensive database product in the marketplace, coupled with a firm "no discount" policy from SAP. So it is a possibility that with a lower 15% license fee for HANA, the underlying base may be much higher than the legacy database solution, driving support costs higher. Additionally, enterprises must deal with the indirect (digital) access license issues plaguing them along the way, adding or modifying license terms and fees.

Take a holistic approach to calculate the costs of an S/4HANA migration; don't get hyper-focused on the licensing. Clearly documenting the costs of implementation (both soft and hard costs), the additional hardware requirements, and licensing will yield a more complete picture of costs against which the business case can be made. Note that most S/4HANA projects that have gone live are in their early days. Consider taking a long-term approach to this migration and build a bigger value bucket in the process. 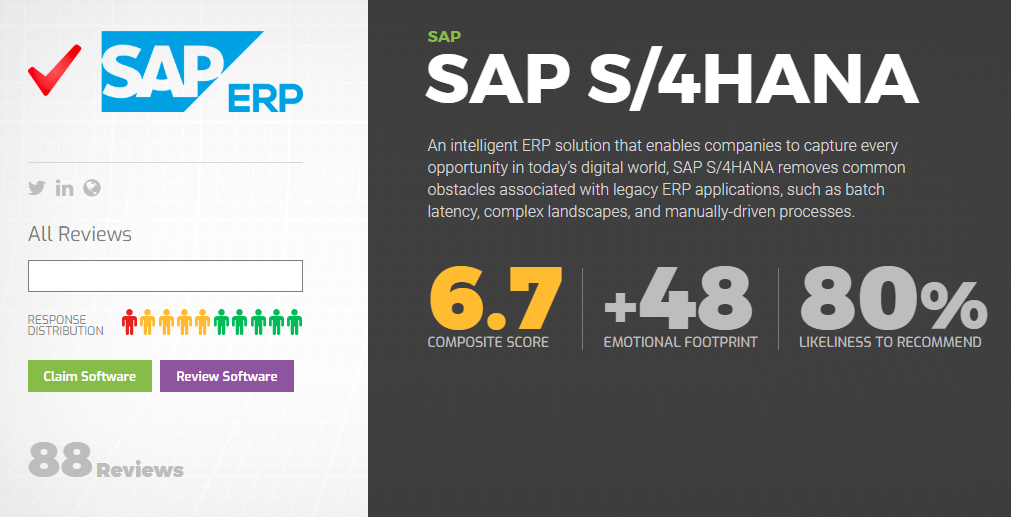 Understanding Scrum: Why Do Product Owners Have Three Ears?

Agile systems delivery (implemented through Scrum) is quickly becoming an accepted norm in IT. But using Scrum successfully in an organization requires a deep understanding of how it works and why. For example, many of our members don’t understand the importance of selecting a Product Owner who has three ears.

Thor, the Norse God of Thunder, tells Jane Foster, the woman he’s trying to impress, that on his home world of Asgard, the realm eternal, science and magic are two sides of the same coin. Had Jane been a part of the operations teams at Google (or other mature online service providers), she would have immediately realized we have a similar technology right here on good old Earth. We call the science site reliability engineering (SRE), and service level objectives (SLO) is the magic behind it. SRE is a powerful concept for organizations that are serious about keeping their customers happy. It is therefore important for them to develop well-thought-out SLOs and make certain that management is intellectually equipped to derive valuable business perspectives from them.

Site Reliability Engineering: What Is It? Why Is It Important for Online Businesses?

Hell hath no fury like a customer not being able to access an online service when they want to. They expect the online services to always be on, always be accessible, and always treat them like there’s no one else in the world who matters more. Thank heavens then for giving these online services the ability to use site reliability engineering (SRE) to keep their customers happy, engaged, and most importantly, feeling valued.

What Is the Role of the PM/PMO on Agile Projects?

Info-Tech members moving to Agile are frequently unsure of the role of PMs and the PMO in an Agile environment. Any organization used to traditional (Waterfall) project management will need to make adjustments in support of Agile or risk losing the benefits.