Endava has released its Q4 FY2019 and FY2019 earnings, marking its first year as a public company on the NYSE. 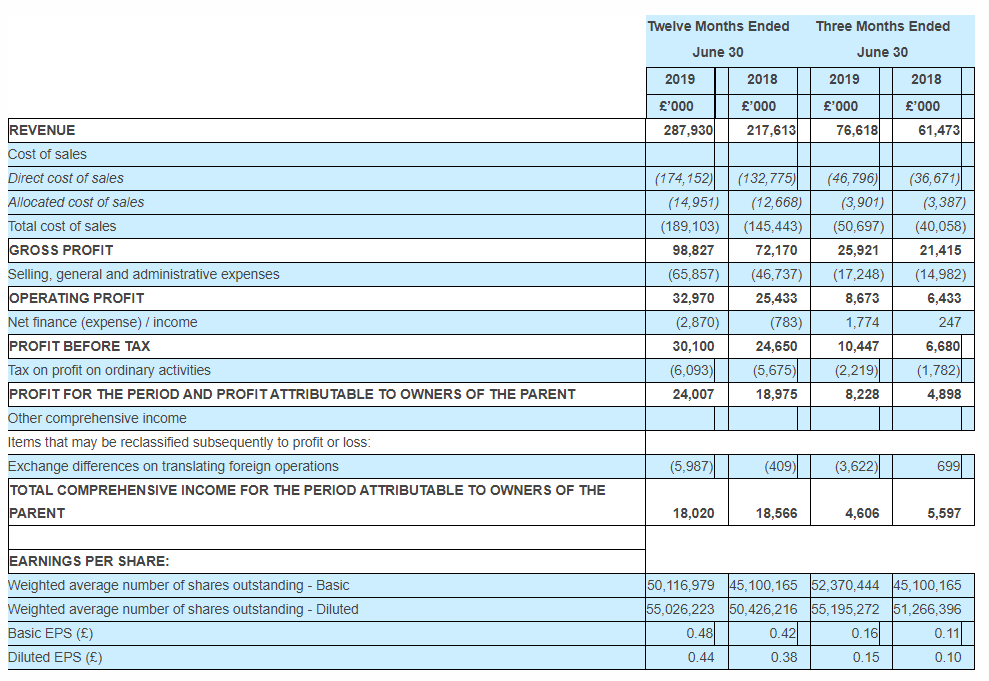 Endava has much to be positive about following its first year on the NYSE. A major reason for Endava’s continued growth has been the company’s focus on expanding within the US market: 27% of Endava’s FY2019 revenue was generated in North America, compared to 21% the previous year.

This focus will help ground Endava in case of unforeseen market earthquakes caused by Brexit – Endava is UK-based after all. Indeed, 28% of Endava’s FY2019 revenue was generated in Europe, compared to 34% the previous year. The amount of revenue generated in the UK stayed the same for FY2019 as the previous year, at 45%.

However, members should not jump to conclusions about deteriorating European markets. Endava CEO John Cotterell qualified in a Q4 FY2019 and FY2019 earnings conference call that the reason less revenue was generated in Europe for FY 2019 was less to do with Brexit and more to do with Endava switching its focus toward the US market. According to Cotterell, Endava has found that its European clients have not radically changed their budgeting or spending habits, despite overhanging macroeconomic threats.