Edwin Gnichtel, Crosscode’s Director of Technology Strategy, says that despite the advancements in automation and the evolution of various elements of the DevOps toolchain, many IT shops are still struggling with the same problems they encountered in the ’80s and ’90s: “Dependencies are dependencies: problems always creep in because of unchecked and unknown dependencies.”

Crosscode Panoptics is a tool for mapping the dependencies of applications in their as-deployed states. Unlike many traditional approaches, Crosscode does this by performing analysis at the code level in the runtime environment itself. This moves beyond traditional source-code analysis and purely mechanical application-level monitoring.

For instance, rather than simply knowing that a given application depends on a database and relying on your manually produced documentation or separate source-code analysis to know how, you can use Crosscode to analyze the dependency. Crosscode will provide the level of detail at which users can see which sections of the code depend on which tables in the database in the environment’s as-deployed state.

Having built out this map of dependencies at the code level, software engineers can “de-risk” proposed changes to the application, in addition to being able to better estimate the effort involved in making a change to a given section of the code.

Crosscode currently supports Java, Python, .NET, Node.JS, and COBOL. Crosscode offers its solution both as a virtual appliance that customers can run on a server in their environment and as a cloud-based solution. Both agent-based and agentless modes are available. 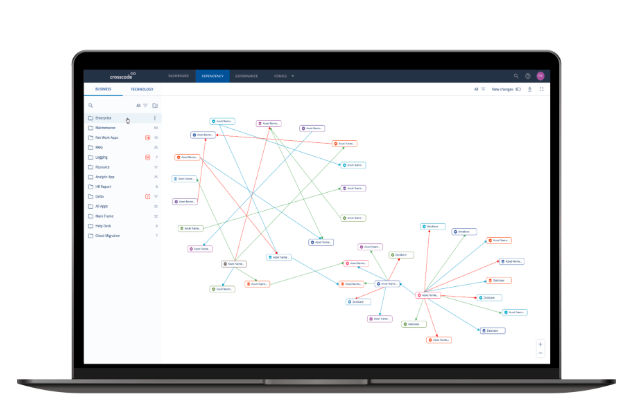 As architectures have evolved from monolithic applications to distributed microservices and full sets of applications integrated by APIs, keeping track of all the complex interdependencies of various systems has become more and more difficult.

Info-Tech expects that Crosscode Panoptics and tools like it will come to occupy a key place in the DevOps toolchain for many IT organizations.